The 2014 Golf & Tennis Classic Tournament Was Biggest Ever

BY MVAT Foundation 07.11.2014 0 COMMENTS
A big “Thank You!” to all of the participants and sponsors of the 8th Annual MVAT Foundation Golf & Tennis Classic. You helped make it the biggest and most successful event yet and together we made a difference in the lives of so many of America’s wounded warriors, Veterans, and their families.
Held on August 18, 2014 at Los Angeles’ MountainGate Country Club, the Classic opened with our now traditional presentation of the colors by an Armed Forces Color Guard and the singing of the national anthem by Steve Amerson, known as America’s Tenor. After brief welcome addresses from several dignitaries and a recognition of the group of Wounded Warriors participating in the golf tournament, a line of more than 100 golf carts paraded past five recipients of the Congressional Medal of Honor, who honored the MVAT Foundation that day with their presence.
More than 200 golfers and 30 tennis players enjoyed sunny skies and abundant hospitality as they joined together to raise funds that will be used by the Foundation to provide grants to select charities supporting wounded warriors, Veterans, and their families.
After a post play reception and silent auction that featured a patriotic flyover by the Condor Squadron, a tribute organization flying WWII-period AT-6 airplanes, more than 400 participants and guests enjoyed an impressive awards dinner under the stars. Addressing the audience that evening were representatives from several of the charitable organizations that funded by the MVAT Foundation. 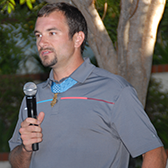 The first living recipient of the Congressional Medal of Honor since the Vietnam War was the night’s keynote speaker. U.S. Army Staff Sergeant Salvatore Giunta gave an inspiring talk about his experiences on and off the battlefield. Near the end of his address, he called up to the stage two of his fellow soldiers who fought with him in the same combat action for which he was awarded the nation’s highest decoration for battlefield valor. Sergeant Giunta recognized them not just for what they went through together that day in Afghanistan, but also for what it meant to serve with – and be responsible for – such exemplary people. A lively question and answer session followed. The three soldiers had also participated in the golf tournament and were quite popular during the pre-dinner reception. These were special opportunities MVAT Foundation supporters to make a personal connection with three of America’s bravest warriors. 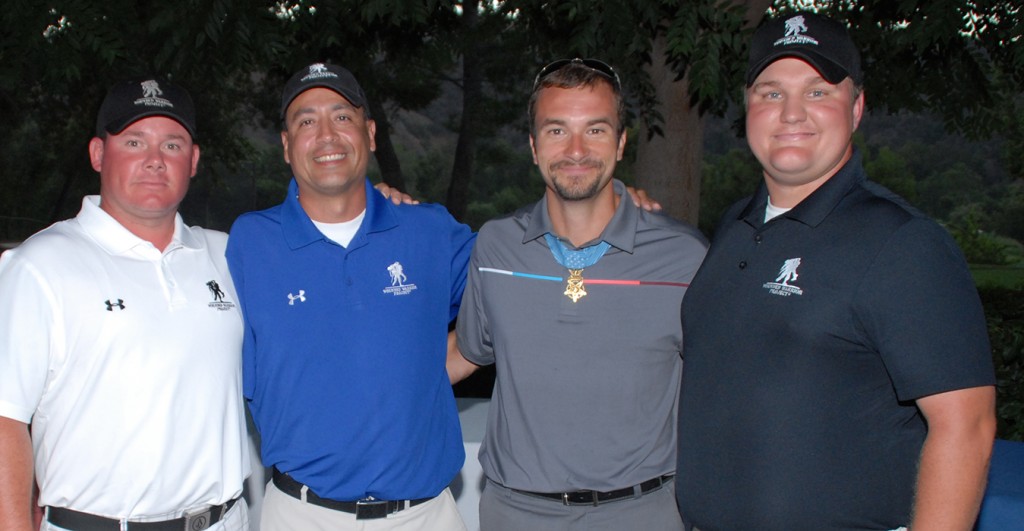 The MVAT Foundation cannot thank you enough for continued support. Together, we are making a difference in the lives of our Veterans, wounded warriors, and their families.