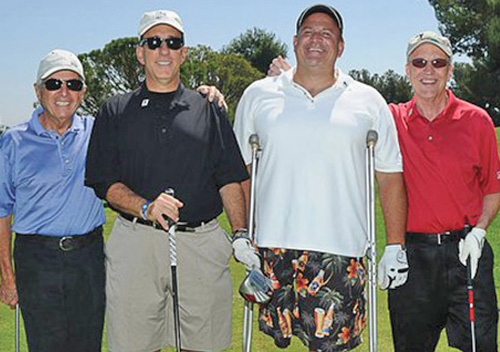 The 6th Annual MVAT Golf & Tennis Classic was held August, 13, 2012, and raised over $344,000. With a full day of golf and an afternoon of tennis, it was a busy day; however, remembering that we were there for purpose—to help our military—made the event a great success.  The Golf & Tennis Classic was also attended by several VIP’s such as Medal of Honor Receipts:  Patrick Brady, Bruce Crandall, Walter Elhers, Jack Jacobs, Gary Littrell, Robert Modrezejewski, Thomas Norris, Tibor (Ted) Rubin, and Michael Thornton along with such distinguished guests as Lt. General Nicholas B. Kehoe and Major General Clyde A. Hennies. It was an honor to recognize these men who had sacrificed so much.